When microorganisms form colonies, biofilms arise. The latter are sticky and slimy structures made of polysaccharides (sugar polymers) and form a shielded environment for wanted and unwanted microorganisms such as bacteria and fungi. When a microbiome is out of balance, an undesirable type of biofilm will result.

Biofilms are found everywhere: in your intestines, mouth, lungs, eyes, ears and nose. They are vital for bacteria…for both the good and the bad. The difference lies with the compatibility with the host’s body. Wanted biofilms contribute to the functioning of the body while unwanted biofilms do the opposite. The perhaps most well-known biofilm is dental plaque. As you know plaque spreads quickly and is very stubborn when you want to get rid of it.

The best way to remove unwanted biofilms is to remove them mechanically. Consider plaque. By properly brushing and flossing your teeth, plaque is removed. However, this is not always possible in other parts of the body. In those cases, specific food supplements may help.

When bacteria form biofilms, this is not happening by chance nor is this a random process. For this, bacteria need to communicate. This happens via a universal molecular communication system called quorum sensing. In short, it means that bacteria "cross-talk" with each other via signal molecules. Among other purposes, bacteria use quorum sensing for census (population counting), to determine when they have reached an optimal density, and in order to modify behavior—including the creation of biofilms.

Shut down all communication

Biofilm disrupters sabotage communication between bacteria. This is an approved way to combat biofilms. Another tactic is tackling the growth and stability of the biofilm structure. Reduction of the availability of magnesium, calcium, zinc, iron and manganese, for example, is very effective. As a result, the structure of which biofilms are made up is destabilized. Microorganisms thus lose their protection.

There are many different types of foods and nutritional supplements that disrupt biofilms. Good products only work on specific unwanted biofilms and leave good biofilms intact. Because undesirable biofilm variants can be very robust and persistent, the use of a powerful product is generally mandatory. Our favorite is Interphase Plus Klaire Labs. The efficacy of this product has been tested at the University of Calgary by a number of authorities in the biofilm field.

Breaking up and disrupting biofilms causes release of bacterial substances into the bloodstream. This may cause what is called a Herxheimer reaction. These are side-effects similar to flu symptoms. They may at times be annoying but they are also a positive sign that target biofilms are being disrupted. To reduce these side-effects and to promote secretion of bacterial substances, try reducing the dosage or using an absorbent such as activated charcoal. Saunas and hot baths also help. 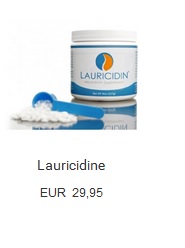 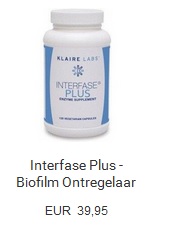