The new year has just started and the first ailments have already begun. In addition, all your good intentions do not seem to end up in a productive way. In short: Blue Monday. Of course you can not influence all factors of life, but you can choose consciously for good supplementation. Probably it eases 'the pain' a bit. We lend you a hand! If you are considering using supplements, take a look at the time of the year and how your body responses to it. What do you need most at this moment? Blue Monday is the name of the most depressing day of the year; based on a scientific formula. The color blue used to have a negative connotation in sailing. Shippers hoisted a blue flag and painted a blue band around the ship when the captain or an officer was deceased. This showed on arrival that the crew was in 'The Blues'. Cliff Arnall, a British psychologist, designed a responsible, scientific formula that shows that this particular Monday (the Monday of the last full week of January) is the most gloomy day of the year. He took into account, among other things, the fact that: the days are short and dark, it takes a long time before people can enjoy a holiday and - yes indeed - around this time the insight grows that most good intentions will not become reality. It has to be said: It's a typical Western phenomenon: in India, Hindus around this time celebrate the transition to longer days (winter solstice). Ergomax selected a number of products that can give an extra boost during this time of the year for daily ups and downs. 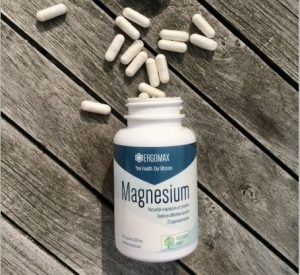 Magnesium is one of the most important minerals in our body. Magnesium is needed for more than 3,700 body processes, including more than 300 enzymatic reactions. It is active throughout the body 24 hours a day, from your brain to your nails. Magnesium contributes to the functioning of the nervous system, a normal psychological function, a balanced electrolyte balance, the maintenance of strong bones and teeth, normal energy metabolism, normal muscle function and normal protein synthesis. 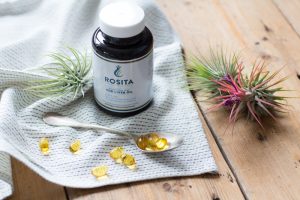 The power of cod liver has been used for centuries. The Vikings did not call this 'the gold of the ocean' for nothing. The Cod liver oil softgel contains a broad spectrum of nutrients such as vitamins A and D3 and Omega -3,4,6,7,9,11-fatty acids. The supplements from Rosita Real Foods are produced in a natural and pure way, making the product close to nature. Exactly as mother nature intended! The fresh cod liver oil softgels are free of artificial additives. No chemicals, solvents or mechanical methods are used during the production process. The cod is processed in a cold way, making the oil unrefined, extra virgin and very nutritious. 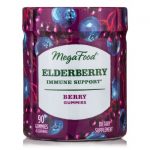 The elderberry gummies from MegaFood are made with real whole food sources from certified, local organic farms and MegaFood partners. The gummies contain a mix of zinc, elderberry, blueberry and ginger. All ingredients are of organic and natural origin. Give your resistance a boost with these tasty elderberry gummies and activate your the immune system. 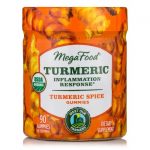 A powerful blend of Organic Turmeric, Ginger and Black Pepper summarized in a delicious gummy. These gummies support your physical health in various ways. Turmeric has been known for centuries for its powerful and versatile health benefits. For the gummies real whole food sources are used from certified MegaFood partners. Together with organic root and ginger, the turmeric forms a powerful mix. The organic pepper also ensures the optimal intake of curcuminoids. 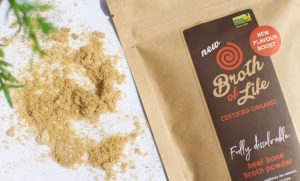 Anyone who thinks that bones and joints do not offer so much in terms of nutritional value, probably have to reconsider this. The hard and rigid structures contain a wide range of essential nutrients that we normally do not get enough of in our diets. However, traditional cultures and wild animals do! They instinctively know that bones and cartilage are very nutritious and use it in their diet to strengthen their vitality. 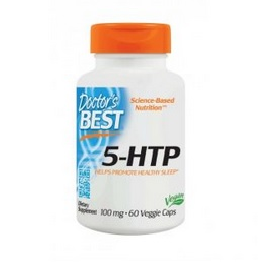 5-hydroxytryptophan (5-HTP) is a naturally occurring amino acid and works as an antioxidant in the body, but also as an essential precursor of the neurotransmitter serotonin. After taking 5-HTP, the molecule easily crosses the blood-brain barrier and is absorbed into the central nervous system. Here it does its work via a specific route that converts 5-HTP to serotonin. Serotonin is subsequently also used for, among other things, the production of melatonin. 5-HTP also promotes mood and is a precursor to serotonin and a precursor to melatonin.