Can The Atmospheric Pressure Affect Our Health?

The short answer: yes, it can.

Our body is made up of fluids and gases. As the pressure in the atmosphere rises and falls, the pressure exerted against your body does as well. Low atmospheric pressure causes a pressure difference between the atmosphere around us and the air within our body. This can lead to headaches, joint pains, sleep disturbance, and other biochemical changes. Atmospheric pressure can indeed affect your health, physiology and behaviour.

In plants hypobaric stress (low atmospheric pressure) can even change gene expression profiles. Whether this is also the case in humans remains unclear but it shows that biological systems react in measurable ways even to small changes in atmospheric pressure.

Atmospheric pressure is not the only weather phenomenon affecting our body. Studies suggest that a lightning strike near the house increases the risk of headaches or migraines up to 30%.

High pressure causes the atmosphere to drop towards the earth’s surface, reducing cloud cover and creating clear, dry weather conditions. Low pressure occurs when the ground is warm, heating the surface air and causing it to rise. As the air expands it also cools. Since warmer air holds more water vapour than cooler air, as the air temperature drops the air condenses, leading to rain or storms.

As the pressure in the atmosphere rises or falls, the same thing happens to the pressure against your body and in your sinuses. A low barometric pressure front may cause areas of your body to swell. Some people are more sensitive to pressure changes than others. Elderly people and people who experience chronic stress are known to be more sensitive.

Our head contains sinuses that are filled with air, which are normally in equilibrium with the barometric pressure. However, sudden changes in barometric pressure create a pressure difference between the surrounding atmosphere and our air-filled sinuses. This can trigger headaches and even migraines.

Did you know that people with arthritis (joint pain) and neuropathy (nerve pain) can be negatively affected when air pressure drops? It has been theorized that shifts in atmospheric pressure can cause contractions to your tendons, muscles, nerves, and scar tissue, which can stimulate pain. 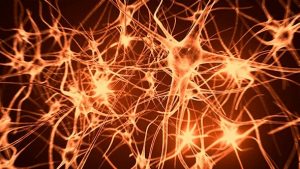 Moreover, together with low temperatures, it can make the fluid inside the joint sacs thicker. This is way people with arthritis may experience more stiffness and difficulty when moving. Finally, bad weather keeps people indoors, which leads to less movement and exercise; inactive joints means increased pain and stiffness. This weather-related pain in the joints and nerves is also known as meteoropathy.

What about your heart? When barometric pressure decreases, your blood vessels become narrower, so more pressure is needed to force blood flow through those smaller veins and arteries, which increases your blood pressure. Blood pressure can also rise due to lower temperatures, or sudden weather changes, such as during a storm.

Low air pressure thickens the blood flow as well. In other words, when it gets cold, your blood pressure increases, and your blood becomes thicker. This could very well be one of the reasons that the number of heart attacks in the winter is almost double compared to the summer months!

Thicker blood can also cause your blood glucose (sugar) levels to drop, which can lead to migraines, dizziness, and fatigue. There is an actual medical term for this: “low barometric pressure fatigue”. This covers the phenomenon of low blood sugar levels due to weather changes, mostly due to low atmospheric pressure.

You may think that a good night’s sleep will ease all health problems, but you should think again. Weather changes affect your sleep patterns as well. Cool air can help you sleep better; a thunderstorm caused by low atmospheric pressure can have the opposite results. Thunder, lightning and bad weather can increase your anxiety and upset your sleep due to loud noises and bright lights during your night rest. Moreover, low air pressure can worsen the symptoms of sleep obstructive apnoea, a disorder which is characterized by difficulty of breathing while asleep.

Insects change their mating behaviours when the air pressure drops, which often precedes rain, or it signals strong winds when air pressure rises. It has recently been discovered that on days when pressure is falling, male beetles are less likely to react to female pheromones which normally regulates their pursuing of mates. These findings were not surprising to researchers who have been studying insects for years. Joop van Lanteren, a Dutch entomologist at Wageningen University and Research Centre, puts experiments involving living insects on hold for a few days when the weather is poor since insects do not behave the same as usual.

Abiotic factors are the non-living parts of the environment that can often have a major influence on living organisms. Abiotic factors include water, sunlight, oxygen, soil and temperature. 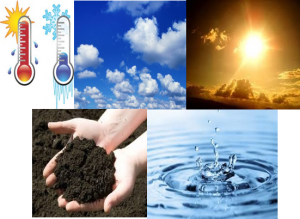 
In conclusion, low atmospheric pressure in combination with low temperature, low sunlight, sudden weather changes and other abiotic factor can affect your body in different ways, from increased joint pain and headaches to increased blood pressure and sleep issues. So if you are feeling unwell, also consider whether a natural force might be the cause. So, after having read this blog, just sit back and take a moment to contemplate how and to what extent nature affects us and try to be prepared as good as you can for the weather and seasons to come. Studies and experiments on mammals should perhaps take better account of abiotic factors like atmospheric pressure, temperature and daytime into account, such as already done in the field of insect studies.