Contaminated curcumin: You would not swallow petroleum, would you?

For decades curcuma has been at the top of the lists of various scientific disciplines. But beware: it has been shown - by branch organizations as well as the University of Georgia - that there are manufacturers that supplement their 'natural' curcumin products with synthetic curcuma. This synthetic variant derives from a petroleum-based substance and is more than one third cheaper. Counterfeiting had been occurring for some time, but this had hitherto mainly involved starch and dye. We discuss all ins and outs below: because not every supplement is created equal! 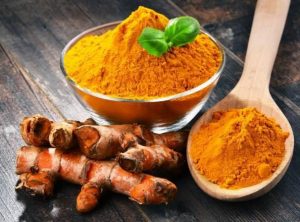 The term curcumin refers to the yellow pigment from the turmeric root. It is also known as curcuma longa. Even if only half of all claims about turmeric would be correct, the results are impressive. However it may be: The main producer of turmeric – India – thrives under the concomitant attention.

In the supplements world these terms are often used interchangeably. Technically, the term turmeric refers to the yellow powder used in the kitchen to color and season dishes. Curcuma is the scientific name of the root and curcumin is the name of the family of polyphenols found in this yellow root. Polyphenols are bioactive plant substances that affect the human body in various ways. With curcumin, the effects have been so eye-catching and so numerous that they no longer can be denied by scientists.

Curcumin covers a whole range of active substances: the curcuminoids. In most dietary supplements you will find three main forms: curcumin, demethoxycurcumin and bisdemethoxycurcumin. But still only a minority of the curcuminoids have been given scientific attention. It is estimated that there are more than a hundred individual compounds.

Curcuminoids: the issue of absorption

Turmeric’s biggest challenge is without doubt its absorption, which is notoriously poor. Choosing a good product therefore - in addition to the natural origin - mainly comes down to absorption profiles. The body absorbs curcuma so poorly that hardly any curcumin reaches the bloodstream. This problem lies in the structure of the molecules. They cannot pass the intestinal wall intact; and the liver breaks them down to metabolites that are not, or hardly, effective. This problem does not seem to exist in India, research suggests. In spite of poor uptake, the Indian population still reaches high blood concentrations. Some considerations here. First, the daily consumption of curcumin is the world’s highest. Second, the admixture of a fatty substance appears to create liposomes. These liposomes - which encapsulate the curcumin - are capable of guiding the curcuminoids through the intestinal wall. Once in the bloodstream, curcumin is stable and appears to be easily absorbed in a large number of tissues, even in the otherwise difficult to reach brain. 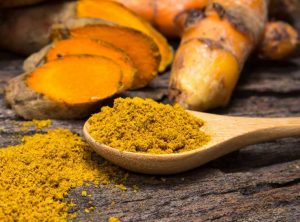 With many thousands of studies, curcumin is one of the most studied botanical compounds in biomedical literature. Many traditional indications for usage are supported by modern research methods. Curcumin therefore seems to have something unique. More than 175 physiological effects are known, as well as more than 600 possible indications for use. The ability to influence different systems at the same time, natural origin and minimal toxicity with conventional (oral) intake make curcumin a valuable substance in the current and global timeframe. And more and more people seem to realize this!

Great progress has been made by the industry in recent years. As a result, the well-known and widely used combination of curcumin and piperine (black pepper) has receded somewhat to the background. Standard curcumin 95% extracts, combined with piperine, have the major disadvantage in that used raw materials are not always standardized to the number of curcuminoids. This means that the origin and precise composition of compounds may differ per brand. Undesirable contaminants and reduced effectiveness can thus not be ruled out. Moreover, curcumin-piperine combinations are not suitable for everyone. Piperine not only increases absorption of curcumin but also influences many other pharmacotherapeutic compounds. This may have adverse implications for oral drug use. Therefore, choose either curcumin-piperine combinations produced by reputable organic companies, or one of the patented variants discussed below. Thanks to the strict quality controls and the resulting, consistent quality of these products, you will hopefully be able to prevent a bad buy. Warning: do not take curcuma if you also use Tamoxifen! Curcuma reduces the efficacy of Tamoxifen!
Categories: dietary supplements