Everybody has their own taste, right?

Taste experience is a very personal thing. One person’s gustatory nightmare is the other’s feast meal. Still, the principles of taste perception are the same for everyone, and not only on the tongue: smell and taste are very closely interrelated. 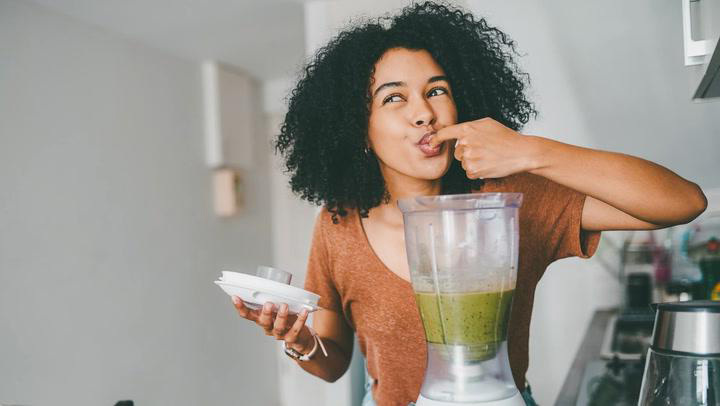 How does it work?

The tongue is dotted with receptors that bring about taste perception. Current scientific consensus says that five flavors can be identified: sweet, salty, sour, bitter and umami. However, research into flavor categories is very much work in progress and it is not inconceivable that more flavors will be added in the near future, such as calcium or metal.

It is believed that molecules in food have a certain shape or structure, which must fit as a key in the lock of the corresponding tongue receptor, moreover that a taste experience is brought about by the compound that is then created. But this is virtually only possible in conjunction with the receptors located in the mouth and nasal cavity.

By chewing, swallowing and breathing again afterwards, volatile food molecules enter the nasal cavity through the palate, which would work according to the same key-and-lock mechanism. Humans have up to 400 types of receptors in the mouth and nasal cavity to taste: these receptors can also sense odor, but the taste sensation is determined by the fact that the molecules enter the nasal cavity via the palate along the back passage instead of through the nostrils, which is characteristic of odor perception.

As stated previously, scientists have generally believed that the shape of a molecule must match the shape of a taste receptor to activate it. However, an alternative theory is that it is not the shape of a molecule that determines a connection, but the vibration emanating from that molecule. This refers to a part of quantum physics called 'tunneling’. In the case of taste receptors it means that receptors do not so much identify molecules through mere form, but through the individual molecule’s vibration that occurs when the receptors, on contact, run a current through the molecule.

This theory is supported by a study in which fruit flies (which are naturally provided with a sensitive sense of smell and taste) were exposed to molecules of the same shape, but with a different vibration. The fruit flies were able to distinguish the difference, contradicting the ‘shape theory’. We have previously written a blog about tunneling in relation to the magic of love and the origin of life. Find it here: https://www.ergomaxsupplements.com/blog/how-the-mother-child-bond-develops/

In addition to taste receptors and the brain, the gene package you received from your parents also plays a physiological role in taste perception. Some interesting facts about DNA in relation to taste:

Sound is able to influence a taste experience, too. This applies in several areas. Research has shown that it is more difficult to perceive a taste well when the environment in which something it is eaten is too noisy. The higher the volume, the less good a taste perception. Even sounds related to what you eat influence your taste: a renowned British restaurant serves its oysters with sea sounds, as it turned out to enhance the guest's aroma experience. 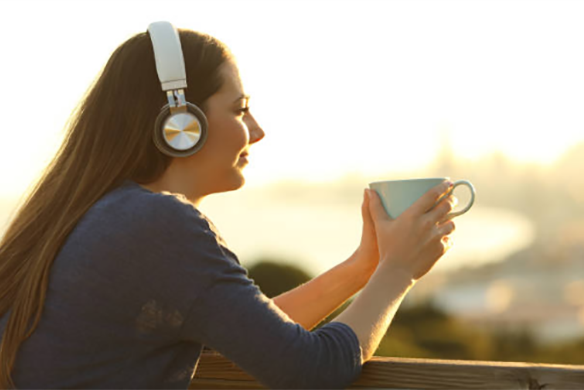 Music takes a special place in stimulating a sensory experience that enters the body through another sense. For example, music can reduce pain (read more about this in our blog: https://www.ergomaxsupplements.com/blog/the-mozart-effect-a-biohack-for-pain-relief/), but may also make a taste experience more or less intense, depending on the sound and pitch. In one study, for example, toffee was given to the test persons, while various pieces of music were played. The test persons were asked to describe the taste of the toffee, while music was being played. For a piece of music with high tones, the test subjects more often described the toffee as sweet, while for music with mainly low tones, a bitter taste was mentioned. The same findings have been described in similar studies with coffee.

Born with a sweet tooth

Evolution plays a major role in how personal taste develops. Babies have an instinctive distaste for bitter and a preference for sweet. This is believed to be so because bitter traditionally implies poison. The preference for foods with a sweet taste is due to the fact that already in the womb a child ingests amniotic fluid, which contains fructose and glucose. In addition, breastmilk contains a lot of sugar in the form of lactose. Research shows that sweet has a comforting effect: a sweet taste sensation reduces pain and crying behavior in babies, and is also used as a mode of pain relief during the heel prick or during circumcision.

The distaste for sweetness in many children steadily decreases as they age, and as more flavors are being introduced to the diet. Still, the preference for sweet is often maintained culturally, by its use as a reward, for instance: a sweet for having been a big girl, a piece of cake at a party, a dessert for having finished your plate. Positive experiences are progressively linked to the sweet taste, and the sensation becomes more pleasant still.

It is not by accident, incidentally, that milk chocolate, ice cream, donuts and biscuits are favorites when it comes to comfort foods, or just to celebrations. The specific ratio of 1 gram of fat to 2 grams of sugar offered in these sweets is identical to that in breast milk! 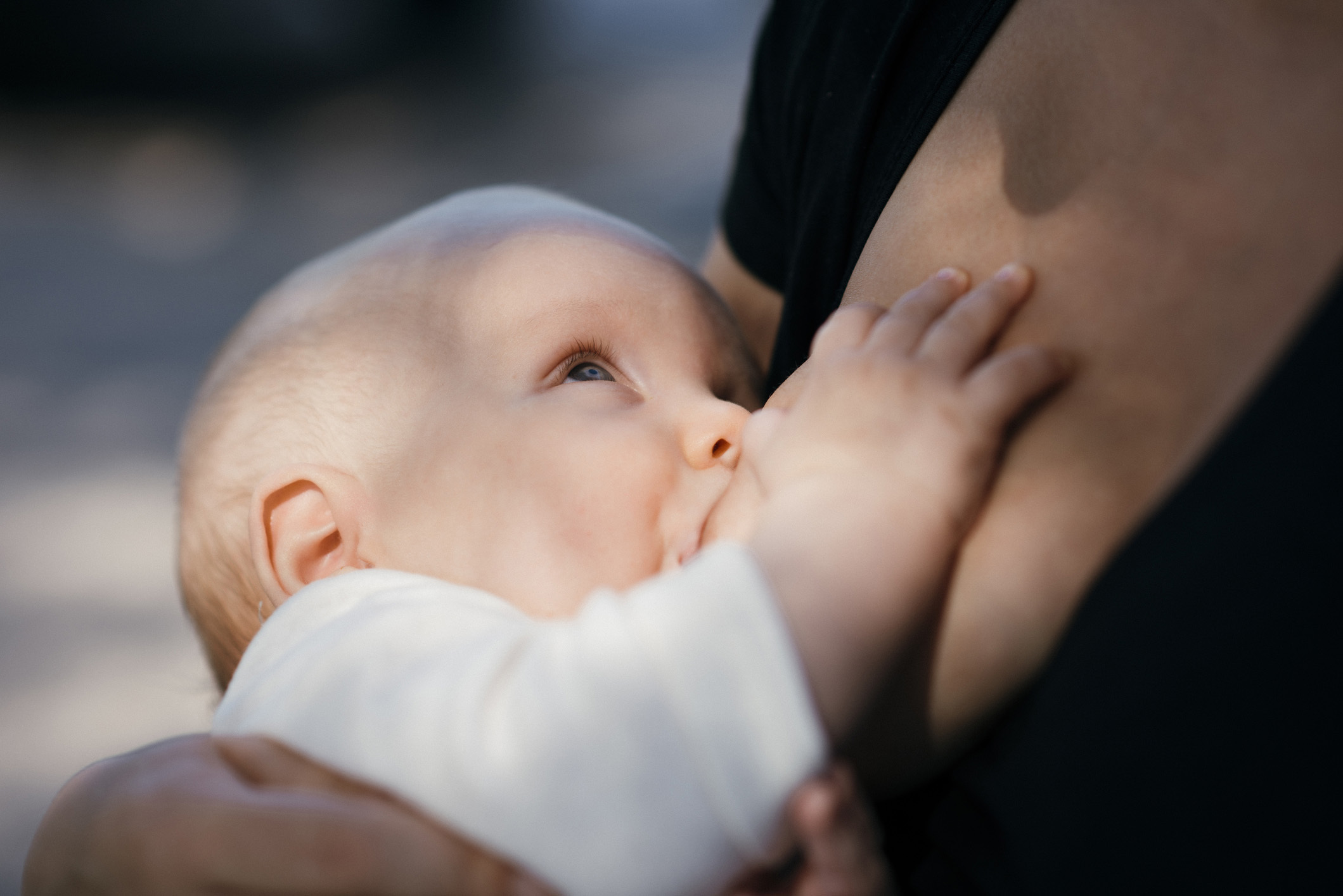 Sweet foods often have a reputation for being unhealthy. Of course, this does not necessarily have to be the case. Sugar (carbohydrates) is a valid energy source, provided it is consumed in moderation and as naturally as possible. Consider bananas or strawberries: delicious sweet fruit, and packed with vitamins and minerals besides the sugars!

Fairly new in the world of dietary supplements are supplements that pack nutrients inside tasty gummies. Consumer options are multiplying as gummies gain popularity worldwide. A logical development, considering taking supplements is rightly regarded a treat! When choosing such nutritional supplements, it is important to consider the gummy composition: is the basis for it as natural as possible, and does it not contain unnecessary additives?

This is certainly the case with the gummies of both MegaFood and Doctor's Best. No chemical flavorings, colors or sweeteners here, but gummies sweetened and colored using natural fruit, and therefore loved by both children and adults. Candy has never been so healthy!