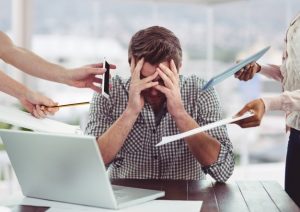 There are indeed a range of health issues disproportionally affecting boys and men worldwide. Some of these issues relate to innate sex differences, others to social factors affecting environmental stresses and exposures. Perhaps most relate to both innate and environmental factors. Genetic sex and epigenetic regulation of hormones contribute to the proximal and distal effects of stress at different epochs of life in both men and women. Stress during the prenatal period and early postnatal life puts male offspring at risk of developing diseases involving socialization, such as autism spectrum disorder, and attention and cognition, such as attention-deficit/hyperactivity disorder.

The average lifespan of men is well known to be shorter than that of women, both under normal circumstances and during periods of severe famines and epidemics. The importance of men's health, however, has been less noticed and more diffusely recognized than women's health, which may be attributed partly to the fact that there is no definite period of drastic hormonal change in men—unless they are gym rats of a particularly ambitious brand.

The male brain is considered more vulnerable than the female brain. Evidence suggests that the reasons include: (1) greater glutathione availability in women; (2) greater sulfate‑based detoxification capacity in women; (3) potentiating effects of co‑exposure to neurotoxicants and testosterone; (4) greater neuroinflammatory response in men; (5) reduced vulnerability to oxidative stress in women; and (6) neuroprotective effects of female hormones (progesterone and estrogen), especially in the reduction of oxidative stress and inflammation.

Sperm health: How are men doing?

The investigation of common risk factors for male reproductive disorders, including cancer and infertility, requires well designed epidemiological studies and the collection of individual data. Some successes can be mentioned. The incidence of testicular cancer has increased in Caucasian men worldwide, for instance. 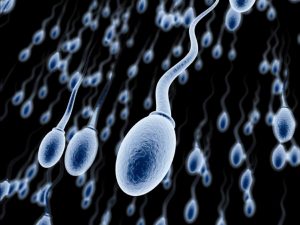 Sperm quality used to be a major concern. Back in 1992 Carlsen and coworkers reviewed 61 heterogeneous observational studies on semen quality published between 1938 and 1990. This review indicated that mean sperm density decreased significantly between 1940 and 1990. An extended meta-analysis published in 2000, looking at 101 studies, confirmed a decline in sperm density for the period from 1934 to 1996. The key message of these meta-analyses was that sperm counts had decreased globally by about 50% over the past decades.

This assessment has been questioned. A major methodological problem of meta-analyses is the use of data collected in different countries, at different times, on different populations and with different methods of semen analysis. Furthermore, the results of studies concerning semen analysis are frequently biased such as by selection criteria of volunteers. In most studies on human semen characteristics the populations under study are insufficiently defined and the study participants are not a representative population sample.

A 2014 review systematically examined the evidence of declining sperm counts and the hypothesis that an increased exposure to environmental pollutants is responsible for such decline. The study covered epidemiologic studies published from 1985 through to 2013. The authors concluded that there is not enough evidence to confirm a worldwide decline in sperm counts. Also, there seems to be no scientific truth of a causative role for endocrine disruptors in any historical decline of sperm production. Such assumptions are, in sum, based on few meta-analyses and retrospective studies, while other well-conducted researches could not confirm these findings.

A number of chemicals commonly found in plastic products have been found to act as endocrine disruptors. Some of the most well-known and pervasive include phthalates, bisphenol A (BPA) and a variety of purportedly safer substitutes including bisphenol B (BPB). A scientific review published earlier this year found that BPB has endocrine disruptive effects, damaged sperm, negatively affected reproductive function, lowered testosterone production and had estrogenic activity similar to or greater than BPA.

Of per- and polyfluoroalkyl substances (PFAS for short) nearly 5,000 types exist, with typically unknown risk profiles for human, including male, health. Research suggests that regularly eating takeaways may lead to a lower sperm count because pizza boxes and burger wrappers often contain PFAs, which indeed show up in higher doses in persons after take-away days than in persons who had home-cooked meals. 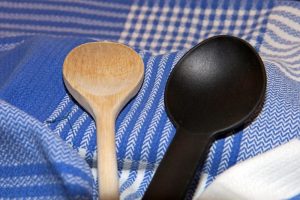 Plastic cooking whisks, spoons, and spatulas often contain harmful substances which leach onto food at cooking temperatures above 70 Celsius. They are best replaced by wooden alternatives.

Because of its hormone-like properties, it can also bind with specific receptors in target cells.

Phone in the Pocket 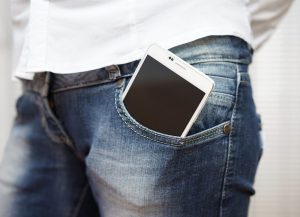 According to a 2016 study looking at 21 earlier studies on radiation effects on sperm, 11 of 15 studies that investigated sperm motility reported significant declines, 7 of 7 that measured the production of reactive oxygen species documented elevated levels and 4 of 5 studies that probed for DNA damage highlighted increased damage due to radiofrequency electromagnetic field exposure. Associated with this, radiation treatment reduced the antioxidant levels in 6 of 6 studies that discussed this phenomenon, whereas consequences of radiation were successfully ameliorated with the supplementation of antioxidants in all 3 studies that carried out these experiments. This suggests a role for supplementation, possibly one beyond clinical settings.

Give Me Some Tips, Man!

Staying away from electromagnetic radiation may be challenging, to say the least. Overall health is any man’s, and any woman’s, best bet. Research suggests the best way to help men stay healthy are general lifestyle management interventions that may seem trivially true but are likely to become even more important with rising life expectancy, and a concomitant shift in emphasis to quality of life at higher ages.

Here’s some evidence-based advise for all ages:

Our product selection for men