Nitrogen: an air pollutant or important and useful?

In the last few weeks there has been a lot of excitement around nitrogen. The protests of farmers and builders have once again brought this topic into the public eye. However, nitrogen has two faces! It is more than just an environmental and health problem. It is an indispensable nutrient for all living things, found in air, water, soil, plants and animals. Nitrogen is thus a basic building block of nature. A human being weighing 70 kg has 2 kg of nitrogen in his body.

The different forms of nitrogen

Why does a part of the nitrogen on Earth cause us so much concern? Nitrogen (N) is a gas, has no color, no smell or taste and occurs in various forms. About 50% of the nitrogen on our planet is in gaseous form, as our atmosphere consists of 78% nitrogen compounds. The largest part of the atmospheric nitrogen has the form (N2). This is a very stable, non-reactive form of nitrogen that cannot be used by most living things. In addition to the stable nitrogen, there is also reactive nitrogen. Reactive nitrogen can bind with both organic and inorganic substances. All living things rely on reactive nitrogen as it is needed as a building block for DNA or proteins. But it can also influence chemical and physical processes in waters, the atmosphere or soils. These in turn can affect all living things.

Reactive nitrogen is included in the following compounds:

There are only a few processes in which the atmospheric, stable nitrogen (N2) is converted into a reactive form. Thus, N2 can be converted by lightning strikes to nitrogen oxides (NOx). Some bacteria, the nodule bacteria are the best known, are able to bind nitrogen and make it available to plants. Human activities also ensure that N2 is converted into reactive compounds. This conversion happens on the one hand in the production of fertilizers and on the other hand in the use of fossil and renewable fuels. In both cases, reactive nitrogen is released into the air. Not only is stored nitrogen released during combustion, but N2 in the air is converted into nitrogen oxides (NOx). 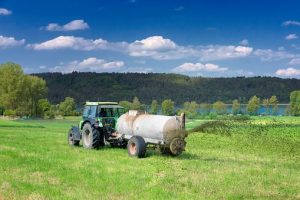 What is this pollution? 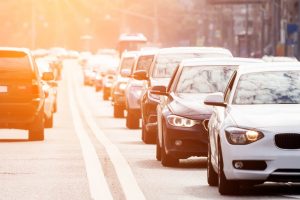 But also transport, industry and energy production each contribute 15% to emissions. Those are industries that we all use, so - to be honest - everyone contributes. We do too and you do too. However, recently the positive sides that nitrogen has to offer have been neglected. Nitrogen is not only a "pollutant" but also a very useful substance, since it is indispensable for life as nitric oxide plays an important role in our own biochemistry.

The human body produces nitric oxide and this plays an important role in many essential processes; both at cellular and higher levels. NO acts as a neurotransmitter because it transmits signals to cells in all vital systems, including the cardiovascular system, the nervous system, and the immune system. Nitrogen is therefore indispensable for our existence because we cannot live without nitrogen. It has an effect on almost all functions in our body.

NO plays a role in:

Unfortunately, the nitrogen production of the body gradually decreases with age. Around the age of 40, the body produces more than 50% less nitrogen than at the age of 20. This difference is greater for women than for men. Therefore, maintaining optimal nitric oxide levels in the human body is an important strategy for healthy and long-term life. Here's how to effectively maintain your own nitrogen balance.

1) Add these foods to your diet

Nitric oxide is produced in the inner, thin layers of the blood vessels: the endothelium. The training improves this endothelial function. In addition, physical activity stimulates the antioxidant activity in the body, so that at the same time less nitrogen monoxide is broken down.

An intensive 15-minute workout (HIIT: High Intensity Interval Training) increases NO production more than a training of 150 minutes of moderate intensity. There's even a special sports program developed by Dr. Zach Bush from the US: The Nitric Oxide Dump Program is a new variant of HIIT training that has been specifically designed to stimulate the release of NO. 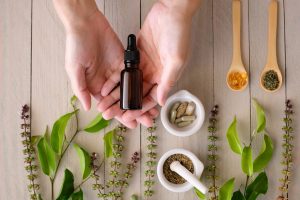 The two best known preparations that serve this purpose are L-arginine and L-citrulline. L-arginine is a semi-essential amino acid. It is the only precursor of nitric oxide that is converted to NO via the L-arginine-NO-route. Your body naturally produces L-arginine, but taking it daily can be a well-considered choice, especially as you grow older.

L-citrulline is a nonessential amino acid, which means that your body can make the amino acid from other substances by itself. L-citrulline is important as a precursor for the formation of L-arginine. The body converts L-citrulline into L-arginine in the kidney. The conversion process also provides some nitrogen monoxide and thereby contributes to the body's nitrogen production.

4) Breathe through the nose

Specific enzymes in the nose and paranasal sinuses contribute to the formation of nitric oxide. Therefore, breathing through the nose (i.e., not through the mouth) can increase nitric oxide production in the sinuses and improve oxygen delivery. Nasal breathing can lead to better blood circulation, healthier blood pressure, improved sleep and reduced risk of heart disease, asthma, allergies and inflammation. Perhaps worth considering is the "Buteyko-breathing method". Here, the mouth is taped during sleep. Sounds heavy, but just inform yourself.

5) Limit the usage of mouthwash

As already mentioned, nitrate (from food) can be converted into nitric oxide. However, this cannot happen without the help of special bacteria in our mouth. Mouthwash kills all bacteria in the mouth, including those that are essential for NO production. Do not use mouthwash unless recommended by your dentist. 6) Go sunbathe!The skin contains a lot of nitrite and when exposed to sunlight this nitrite gets into the blood. Ultimately, as with nitrate-rich vegetables, this leads to an increase in nitric oxide. Approximately 30-minute sunbathing without sunscreen in the summer sun leads to an increase in the nitrogen content in the body. 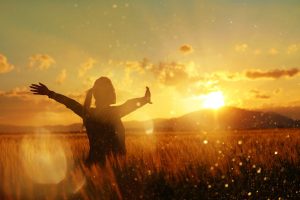 Nitric oxide is a molecule that is produced by our own body and is essential for our physiological function. If your NO production is no longer optimal, you can use simple strategies to stimulate physical activity, supplements, nitrate-rich vegetables, nasal breathing, mouthwash, sunlight. Perhaps now you can look at all the menacing news about the environment, farmers, the construction industry and the "nitrogen crisis" with different eyes. Although nitrogen is a real plague in some areas, we cannot live a healthy life without it.