Chronic pain is a major source of human suffering. But what is pain and how do you experience it? Researchers, philosophers, psychologists and doctors have wrapped their minds around pain over the centuries. Is it a passion, an emotional state or a disease? The attempt to understand pain and find an appropriate response to it is one of the oldest challenges in the history of medicine.

The concept of pain has only been disconnected from religious and spiritual matters since the 19th century. Still later, around the nineties of the last century, pain was recognized as an actual physical condition; a key marker of an unhealthy condition. Just like blood pressure or breathing rate. Since then, pain has been viewed as a frequent symptom of various diseases, and doctors around the world hastened to reduce it with pain killers.

Strangely enough, we continue to hear about mental health, psychological pain and how people can die from a “broken heart” - yes, that seems to be possible. What is the difference between physical and emotional pain? Should still consider pain a feeling? In short: Is pain a symptom of a physical illness or a feeling? 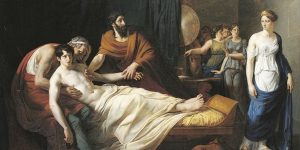 Most doctors will argue that pain is a physical matter. When the body detects a harmful stimulus, the pain receptors in the brain signal it to assess the threat and initiate a corresponding action. In this form, pain is not related to feelings or emotions; it's a bodily function. A physical affair entirely.

Research shows that every person experiences pain differently for genetic and environmental reasons. "Pain genes" exist. These are specific genes that influence and stimulate the pain sensors and subsequently trigger a certain perception of pain. These genetic factors influence the perception of physical pain and thereby reinforce the idea that pain is only a physical reaction.

On the other hand, the way we deal with pain is influenced by the environment. That means that culture, experiences from the past and also our individual state of mind at the time play an important role in the pain experience.

E.g., if you have been exposed to pain at a young age, such as a minor operation - a suture without anaesthesia - this could influence your pain sensitivity for the rest of your life; even when you are a lot older by now. This line of thought - unlike the previous one - suggests that pain is a feeling; an emotional state linked to memories.

The International Association for the Study of Pain  describes pain as "an unpleasant sensory and emotional experience associated with actual or potential tissue damage, or described in terms of such damage" . 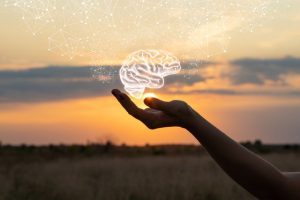 Pain does not usually occur on itself. It is a result of injury or trauma. But: it can also arise from a disturbed emotional or confused mental state. Several studies suggest that the human brain interprets emotional pain exactly like physical pain. Both emotional pain and physical pain 'walk' the same nerve route and blood patterns in our brains.

Watching a photo of your lost lover can stimulate pain the same way a broken arm or leg can. Even worse: the emotional pain will probably last longer. In other words, every time you come in contact with a stimulus of your emotional pain, such as a photo, you relive the pain again. (Techniques such as EMDR are based on this ed.).

So how do we deal with pain?

Recognition of pain by the observer is also based on a 'feeling' and this indicates that medical care should not be strictly focused on pure and only pharmaceutical care. Emotional support should be taken into account, too. In fact, scientists have investigated the relationship between doctors who took an empathetic approach and the quality of their care. Most studies showed that; when physicians felt empathy, patients' perception and intensity of pain decreased, overall health condition improved and pathological symptoms diminished.

Empathy can be defined as "the ability to understand or share what another person feels or experiences". Being empathetic increases our chances of showing compassion and helping others. It is part of being human. Empathy can be subdivided into cognitive empathy and emotional empathy.

Regarding  the medical profession: Doctors use cognitive empathy to identify and define a patient's feelings and then translate them into the needs of that patient. In addition, doctors with emotional empathy not only recognize the emotions of others, but reflect the same emotion in themselves, so that they can know firsthand what it feels like. They feel what their patients feel. 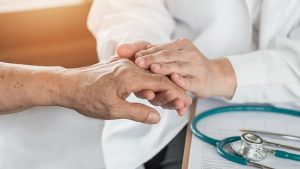 The discussion is still ongoing whether doctors should mainly practice cognitive or emotional empathy. Scientific articles from 1912 to 1963 claim that physician empathy should only be cognitive empathy, meaning that physicians should observe and understand the feelings of the patient without the physicians experiencing those feelings themselves. Medical empathy must be focused on distant reasoning, which makes a good emotional-medical decision possible.

There are, however, increasing indications that empathy should not be differentiated, but should include both types of empathy. Cognitive empathy has its merits, but it detaches doctors from their patients, while emotional empathy can increase cognitive empathy and contribute to the positive patient experience.

Empathy in doctors is a powerful tool that can improve a patient's confidence in the doctor and strengthen the relationship between doctor and patient. It can also help the patient to control powerful emotions such as anger or anxiety and to improve the healing process.

Empathy can also increase the confidence of family members, which can lead to more patient information being collected from the family and ultimately lead to a more complete patient record in medical history.

Doctors must train to develop an empathy for their patients that is complementary to their medical insights. Ultimately, patients not only long for a medical solution, but also for a person who sympathizes with what they are going through, their emotional and physical pain.

The peculiarity of pain is reflected in its complexity, in particular because of the dual phenomenon, which means that pain functions as a protective instrument biologically, but can also lose its adaptive function and then becomes a pathological condition that influences the quality of life considerably.

Nowadays we recognize that there is a significant difference between pain as a symptom and chronic pain. In 2019, the World Health Organization first established a specific diagnosis code for chronic pain, including subcodes for various generalized chronic pain conditions. This important step confirms that pain is being recognized as a disease worldwide.

Conventional thinking, assuming that pain is only a physical stimulus, is clearly outdated. Perhaps the ancient Greeks suspected something we only discovered recently. When chronic pain is both an emotion and a feeling, it is unlikely that it can be successfully treated without compassion. Empathetic Doctors are considered more effective at relieving their patients' pain.