Plankton oil or Calanus oil consists of a natural extract of the Calanus finmarchicus. This is a small (3-5 mm) lobster species from the Calanidae family. These animals are part of the zooplankton sitting at the beginning of the food chain and are found in large quantities in the Arctic Ocean. Calanus finmarchicus contains valuable and unique omega-3 fatty acids and antioxidants, there is no accumulation of toxins and the process of harvesting is very energy-efficient. 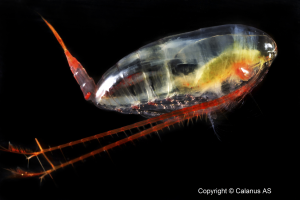 Calanus oil concentrate contains a special composition of omega-3 fatty acids (EPA, DHA and SDA). The uniqueness of Calanus oil lies in the main form of the fatty acids: that of 'wax esters'. This form gives the oil specific and beneficial health properties that are either less or not at all present in alternative oils such as fish oil and krill oil.

The main difference between krill oil and Calanus oil is the speed with which they are metabolized and therefore each have a unique effect in the body.

The difference in activity between omega-3 fatty acids from Calanus oil and those found in other omega-3 oils is due to the fact that wax esters are digested more slowly than the ethyl esters and triglycerides encountered in most fish oils. In the digestion of wax esters the free fatty acids likely descend lower into the intestines: the so-called distal part of the small intestine and the colon. These intestinal regions are richest in receptors that respond to these free fatty acids: the fatty acid sensors GPR120 / FFA4 (a G protein-coupled receptor).

The omega-3 fatty acids EPA, DHA, SDA occur mainly in sea food sources. Countless studies and articles describe the effect of these special fatty acids. Because of the usually low intake of omega-3 from food, dietary supplements with omega-3 fatty acids are considered to be the basic products for many. Adequate intake is an important point of attention whether done by eating fish or supplementation. The high content of stearidonic acid (SDA) is also interesting, because it is an efficient precursor for EPA.

There are a number of drawbacks to fish oil, and the lack of phospholipids is one of them. DHA and EPA are both insoluble in water and therefore can not be transported through the blood in their free form. They should be 'wrapped' with lipoproteins such as phospholipids. This is primarily why the bioavailability of Calanusolie and krill oil is much higher than that of fish oil: fish oil DHA and EPA are bound to triglycerides.

Although eating DHA-rich fish and fish oil certainly has positive effects, consumption of Calanus oil and krill oil seems to have more beneficial effects. These are related to the ways in which the two forms of DHA are metabolized and eventually reach the brain.

Every production batch of Calanus oil is tested for impurities, for example on heavy metals and microbiological contaminations (bacteria, yeasts, fungi). The oil that is used meets strict European regulations. In addition, the Calanus finmarchicus subsists at the very beginning of the food chain (the lowest trophic level), as a result of which accumulation of toxins hardly plays any role. 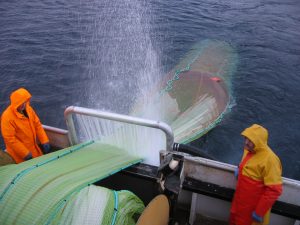 The Calanus Finmarchicus selected by Ergomax is caught in the Arctic Ocean. The total biomass in these waters is approximately 300 million tons: many times larger than the total biomass of fish. Harvesting takes place according to a slow, energy-efficient process. Harvestin Calanus finmarchicus costs about one third less energy than traditional fishing.

An other important issue with omega-3 products such as fish oil is the naturally low antioxidant content. Decay (oxidation) is a legitimate concern. Plankton oil from Calanus finmarchius naturally contains high levels of the antioxidant astaxanthin. In addition, the wax ester structure contributes to the stability of the oil and ensures that the omega-3 fatty acids inside the capsule do not spoil. This guarantees quality and extends shelf life for up to two years at room temperature.

As far as human diets go, wax ester omega-3 fatty acids are not a novelty: they have long been known in several more traditional societies, many located in Northern parts of Europe, Greenland and Canada, such as the Inuit. Among other sources, whale, penguin and seal are rich in these types of fatty acids and were abundantly found in the diet of these populations. Because of mainly ethical reasons these animals are today hardly caught for human consumption; definitely not in modern, Western societies. 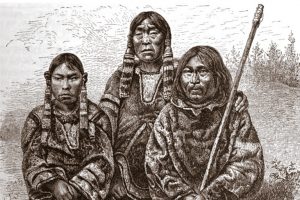 Of mentioned traditional populations it is known that despite an historically low average life expectancy (mainly caused by high infant mortality and inadequate direct provisions) the absolute age that a person could expect to live - as the critical stage of childhood had been survived - was often high. Moreover, hunter-gatherers in many cases reached high ages in good health.

The origin and evolution of the nervous system are among the most intriguing and enigmatic events in biology. G-protein-coupled receptors are the largest superfamily of membrane-bound proteins that control crucial processes in the body. These receptors evolved more than 800 million years ago and are therefore deeply and in many different ways interwoven with overall physical functioning. Functions include the homeostatic regulation of systemic metabolic processes, for example.