The miracle of human fatherhood - Ode to the devoted father

Of our biological kin, only humans have engaged and empathetic fathers. What might be the evolutionary reason for this? How is it that we are unique among all great apes for males to have developed into devoted fathers? Who is that puzzling figure of the human father and what is his role within the family and within society?

Among anthropologists differences between us and other apes (humans are also included in the Hominidae or 'humanoid' family) have long been a favorite subject of research. However, in studies done so far, scientists have often disregarded one uniquely human trait, one that is in fact necessary for survival for us as a species: fatherhood.

The role of the father

At the end of the last century, there was still the idea that fathers hardly contributed to the lives of their children, that fatherhood was of no value to our society at all and that, when a man was engaged in education, this was learned behavior. It was even assumed that fathers did not develop strong bonds with their children as mothers did; purportedly not only because men cannot give birth to children, but also because they spent less time with their children, often as a result of their work.

Ever heard of couvade syndrome? It is the phenomenon in which men experience severe physical or psychological reactions when their partner is pregnant, also known as the 'involuntary manifestation of pregnancy in men'.

It's actually quite strange that we do not have long recognized how special the human father figure is. In most primate species the bulls, after all, do not even remain with their families. After 'the deed' they will be on their merry way with the next fine dame. Humans belong to only 5% of all mammals with committed, devoted fathers. The human father's role is complex in anatomical, physiological and cerebral terms and would never have come into existence if the resources fathers invest in their children were not essential for the survival of our species. That is indeed how evolution works.

How is it that the father role originated in humans, but not in other monkey species? The reason lies in our anatomy. Because we started walking on two legs, the birth canal in women narrowed, while our brains became unusually large due to an accidental genetic change. To ensure maternal and child survival, evolution made sure that the gestation period was shorter such that baby's head at birth could safely pass the birth canal. The consequence of this was, however, that human babies were born long before their brain was completely developed. However, this has not led to a longer nursing period after birth; after all, women would be out of the running too long for reproduction. After the weaning age, babies are therefore still extremely dependent and they still need an adult to feed them. Since mothers often became pregnant soon after childbirth claiming their full attention on the new baby, this had them go looking for help.

When these situations first occurred, around 800,000 years ago, mothers in the first instance turned to their female companions: grandmothers, aunts, sisters or older daughters. It is usually the case that animals first knock at the door of the same sex for help. The reciprocity of helping each other is easier to oversee in these sororal relationships. In addition, there must be enough reason for males to refrain from reproducing with multiple females and to focus exclusively on the offspring of one female.

A critical point was reached some 500,000 years ago. The human brain now made a huge developmental leap and became even bigger than already considerably large, causing an even more extended period of dependence after birth. As a result, the help of other women was no longer sufficient and mothers sought refuge with the fathers of their children. Without the help of the father, child survival and thus genetic survival was now under pressure. Sufficient motivation for fathers to help out with raising their own offspring and thus safeguard their 'genetic investment'.

Especially during adolescence, the phase after the infant period and before a child can compete with mature adults, fathers became important. It is the phase in which children learn the crucial skills to survive and in which they discover how the world around them works. Our male ancestors brought their children knowledge on the landscape and taught them the tricks of the trade in the quintessential areas of hunting, cooperation, social negotiation and toolmaking. Throughout history and across all cultures, fathers have taken on the role of teacher in this phase, while mothers have remained more focused on producing and caring for the next child in line. In our modern Western society, fathers still often fulfill this important teacher role, although this happens in a thousand different ways, depending on the society and environment in which one lives. 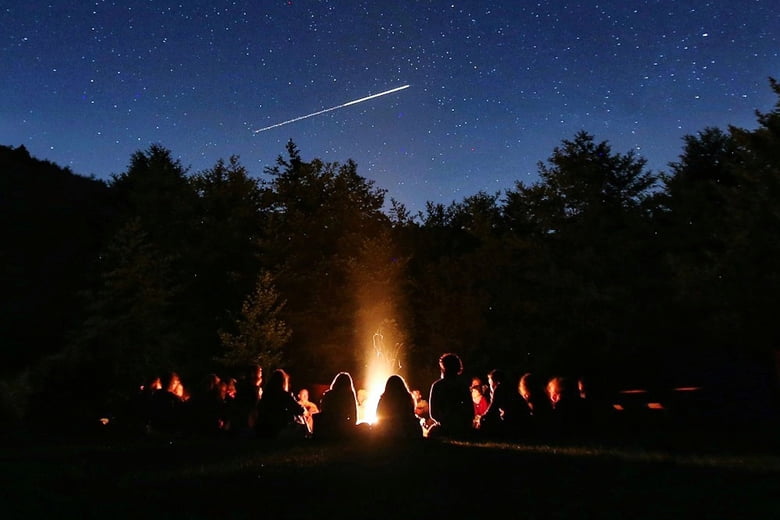 Just like mothers, fathers have been prepared for parenthood through biological, psychological and behavioral changes. As mothers, fathers act out of instinct rather than learned behavior. For example, hormonal changes have been observed in men who become fathers. A drop in testosterone levels and changes in oxytocin levels make a man more sensitive, able to tailor to the needs of his child and less attracted to other women. In fathers, there are also changes in brain areas responsible for empathy, planning and problem-solving abilities.

However, men have not evolved to be identical to mothers; rather, fathers and mothers complement each other. Research on brain activity of young mothers showed distinct peaks for affection and risk recognition, while young fathers showed predominant peaks in the areas pertinent to planning, social cognition and problem solving skills. Both parents showed more activity in all these areas. Even with two same-sex parents, these differences have been observed, indicating that our brains have the plasticity to adapt when needed. Evolution has ensured that both “sex/gender roles” can be represented by any type of parent.

Differences between father and mother

These evolutionary developments have led to a relationship between fathers and children that tends to differ from the relationship between mothers and their offspring. Both mothers and fathers can develop a strong, loving bond with their child and provide the necessary, secure foundation from which a child can discover its world. The relationship with the mother, however, is often described as private, inward and based on affection and care, while relationships with fathers, in addition to the basis of affection and care, are based especially on challenging the child. Fathers are commonly focused to encourage their child to open up to the outside world, to meet other people, as well as to build relationships, to be successful through study, and to grow with self-confidence.

Through these insights about the role of the father we have gradually been invited to look more closely at and talk about our fathers, who now happily get more recognition for what they do. This paradigm shift in parenting research is unfortunately still not widely known. Of course there are fathers - and also mothers - who are absent from the education of their child, but the vast majority of fathers are committed and involved in education. So let's talk a little more often about the dads who coach their kids in sports, who read bedtime stories, find missing socks, and chase away monsters at night: giving their children self-confidence and helping them to develop into mentally resilient individuals able to find their way in our complex society. In this way we also empower fathers to fulfill this role with confidence and pride, and to set an example for their sons, who will become the fathers of the future, of course.

Although the father role is equivalent to the mother role, they differ in substance and it is crucial that we not only recognize these differences, but also learn to understand and appreciate them. Around 80% of young men express the desire to become father one day. Let's invest more time and attention in getting to know our fathers. They have earned it!

Source: The marvel of the human dad, January 2019 aeon.co