Today, our nutritional need for vitamin C (ascorbic acid) is well known and understood by almost everyone. In turbulent times as we experience at the moment a new appreciation for and reliance on this vitamin is seen worldwide.

As a dietary supplement vitamin C (ascorbic acid) is probably the vitamin with the largest commercial production volumes worldwide. It can be found as an additive in many products and it even has an E-number: E300.

It is also well known that Professor Albert Szent-Györgyi received the Nobel Price for the discovery of vitamin C in 1937. The isolation and identification of ascorbic acid as vitamin C was one of the most important advances in the twentieth century to improve human nutrition.

But did you know that the discovery of vitamin C by Albert Szent-Györgyi has roots in The Netherlands, specifically the University in Groningen, and that the story is a classic example of persistence and intuition, combined with irony?

Originally from Hungary, Albert Szent-Györgyi started his studies on biological oxidation processes, eventually culminating in the discovery of vitamin C, in the Laboratory of Physiology of the University in Groningen from 1922–1926. No one in Groningen seemed to appreciate the importance of his research work and therefore he did not receive the support he needed.

In July 1925 he wrote a paper on the respiration of plants which is considered to be the first demonstration of a compound later identified as vitamin C. Newly appointed professor of Physiology in Groningen Dr. F.J.J. Buytendijk did not think much of the paper, however, and thought it would best be binned.

The unsupportive situation in Groningen depressed Szent-Györgyi so much that he actually contemplated giving up his scientific research altogether. He was an early-career scientist with no money, no foreign diploma’s and probably thought a career switch was the best option.

Fortunately, in August 1926 he decided to attend the International Physiological Congress in Stockholm, as a last farewell to science. There he heard the famous biochemist F.G. Hopkins mentioning his own name three times. This appreciation for and acknowledgement of his work changed his career course and his initial plans to give up science.

Szent-Györgyi made a brave switch, though: he decided to leave the unsupportive environment at the University in Groningen to continue his research in Cambridge. Around that time he was also awarded a grant and the cards were now stacked in his favor. In Cambridge he continued his studies on the biochemical agent (ascorbic acid) he discovered in Groningen. During the ensuing years, his initial findings were confirmed, ascorbic acid was established as a compound, and Szent-Györgyi was awarded the Nobel Prize. Perseverance pays off!

Professor Szent-Györgyi is mostly known for his discovery of vitamin C but he was a very wise and knowledgeable man, in moments far ahead of its time. This is best shown with some quotes of his, which merit pondering.

“Research is not a systematic occupation but an intuitive artistic vocation.”

“A discovery is said to be an accident meeting a prepared mind.”

“Water is life's matter and matrix, mother and medium. There is no life without water.”

“Nature is one. It is not divided into physics, chemistry and quantum mechanics.”

“All living organisms are but leaves on the same tree of life. The various functions of plants and animals and their specialized organs are manifestations of the same living matter. This adapts itself to different jobs and circumstances, but operates on the same basic principles. Muscle contraction is only one of these adaptations. In principle it would not matter whether we studied nerve, kidney or muscle to understand the basic principles of life. In practice, however, it matters a great deal.” 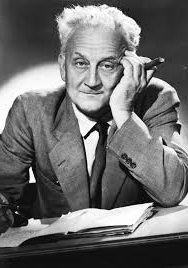 First and foremost it is important to ensure that you acquire sufficient vitamins and minerals through your daily diet, but there certainly are situations and conditions in which taking extra vitamins and/or minerals is considered useful.

In addition to your diet (which ideally consists of seasonal, local, organic fruits and vegetables, aside from an organic protein source), a vitamin C supplement offers a certain degree of security because it allows you to know exactly how much you are consuming. Dietary supplements are consistent in regards to vitamin C content and simply less susceptible to external factors than fresh fruit and vegetables are bound to be. 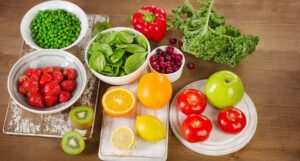 If you have decided on using a vitamin C supplement, always consider the source and formulation as this will tell you a great deal about its effectiveness and quality. Quali-C® vitamin C, for example, is not produced in China like most other vitamin C preparations. Quali-C® is praised for its quality and reliability as it adheres to strict EU and US regulatory standards.

Professor Szent-Györgyi would probably agree that perseverance and a positive outlook on life is of the essence in these globally worrisome times.

Are you looking to boost your immune system, mood, energy levels and mental focus—just to name a few parameters of the life well lived? Check out our wide array of vitamin C supplements, from natural sources to liposomal formulations, and of course the trademarked Quali-C® choice. You’re bound to find what you’re looking for!