Why do yogis eat mountain tar?

Shilajit is a natural and nutrient-rich biomass obtained as a thick black tar-like substance from the rocks in the Himalayas. Shilajit contains a wide range of -over 6,500 different species of ancient plants- unique and bioactive components that support numerous body functions. Read on and discover the mystery of the 'black tar' from the Himalayas. 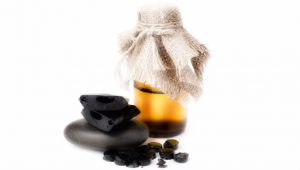 Shilajit, is an oily, tar-like mineral wax. It is mainly found in the Himalayas. It is similar to other stone oils (also called asphaltum), such as mumijo. Stone oils under this name originate from the Altai and Caucasus mountains. Both terms are often used interchangeably in Europe. Tyrolean stone oil is a similar product found on the market specifically in Germany (and Austria). In addition Native Americans used similar humic substances called medicine rock, sourced from the Grand Tetons in Wyoming.

Under the name Mumijo it was used extensively in health products in the former Soviet Union. As such, the product -either named Mumijo or Shilajit- is present on markets in Eastern Europe, both in the Baltic States as well as in countries such as Poland and Bulgaria.

Shilajit is an organic multi-component mineral substance formed naturally over millions of years within the cracks of the Himalyan rocks. Over 6,500 different species of ancient plants spent many millennia in a sort of geological alchemy that created a thick, black, resin-like substance. Shilajit is traditionally used in Ayurveda and Siddha: ancient medical systems. The first use can be traced back to mountainous areas in India where tribes were using Shilajit already thousands of years ago. Shilajit is aptly referred to as 'rasayana', meaning 'rejuvenate', in Indian Ayurveda and Siddha texts.

It is said that Shilajit has been discovered when Bhutanese jungle monkeys were observed climbing into the high crags of the Himalayas and ate the black substance they saw seeping from the rocks. Human consumption followed and Shilajit came to be called “Conqueror of Mountains' and 'Destroyer of Weakness', due to the significant health benefits it apparently bestowed. Sultans, Yogis, Sufis used Shilajit daily to enhance their overall health. Many Indian mystics have attributed their super-human powers to the strengthening effect of Shilajit!

Shilajit has a broad spectrum of effects throughout the body, and is therefore of interest to various usage indications and target groups, from elderly to athletes.... now everyone can benefit. 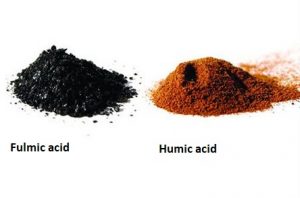 What people in India and other smaller parts over the world have known for centuries about Shilajit is slowly but surely becoming known in the rest of the 'Western' world. For example, former USSR Olympic athletes and special forces used Shilajit. Western scientists, among whom Shilajit is now gaining recognition, have begun to chart the intricate composition of Shilajit. Various components have been identified, and multiple mechanisms of action have been identified. Shilajit contains complexes of phenols, lignoids, sugars, lipids, amino acids, mineral oxides that affected by biochemical, microbial and enzymatic processes under conditions of geothermal pressure. Its resinous texture is from the breakdown of latex-bearing plants, including the succulent Euphorbia royleana. Shilajit contains also dibenzo-α-pyrones, chromoproteins, fulvic acid, humic acid, and over 40 different minerals. It is a natural wonder that takes place through the influence of time and space.

The origin of Shilajit 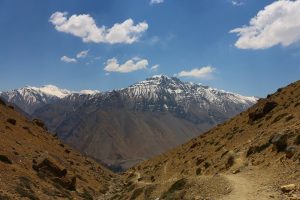 About 50 million years ago, the Indian continent collided with Asia, forming the Himalayas. During mountain formation, tropical forests were crushed and compressed between the boulders. Shilajit is the organic material that was formed in this rhizosphere: the thin layer where living roots and micro-organisms interact. Soil-based micro-organisms consume the decomposed plant material and, over the course of millions of years, created Shilajit. In the hot summer months, the compressed biomass, seeps from the rocks as a tar-like substance: a liquid supplement with extraordinary potency!

Just like Shilajit itself, its specific components are becoming more and more familiar. Scientists and doctors increasingly acknowledge the extraordinary propensity of fulvic acid to positively influence human biochemistry. Fulvic acid is a natural electrolyte and facilitates numerous biological reactions. Electrolytes conduct electrical impulses within cells and thereby regulate the cell’s electronic potential. This insight fits in seamlessly with the increasing recognition of the importance of mitochondria for the availability of energy throughout the body.

Other primary components of Shilajit are so-called dibenzo-α-pyrones and dibenzo-α-pyrone chromoproteins (DBPs). DBP's are found in human mitochondria and blood, where, together with CoQ10/ubiquinol, they are active in the electron transport chain. The electron transport chain is the terminal part of the body's energy production chain, where used calories are converted into electrons. The more efficient this process takes place, the more energy the body can produce.

Shilajit was originally also described as yoga vahi (co-carrier). Freely translated, it means that the absorption of everything taken simultaneously with Shilajit, notably improves. Shilajit forms complexes with other bioactive molecules and transports them through the body. This applies to nutrients and food supplements but also oxygen, for example. A well-known combination is Shilajit with ubiquinol or CoQ10. It appears that addition of Shilajit improves the absorption of these substances by almost a third. 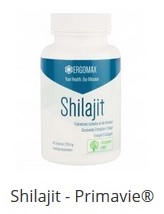 For reliable and safe use, standardization and purification of Shilajit is necessary. If this does not happen, it is possible that due to the highly variable chemical profiles of different Shilajit sources its effects may be less than optimal. In addition, some Shilajit sources may contain undesirable impurities. For these reasons PrimaVie® is purified and standardized to contain at least 60% fulvic acid. This means that you can experience the benefits safely and with reliable results.

PrimaVie® Shilajit is a patented, standardized and purified Shilajit concentrate. Because untreated Shilajit may contain high concentrations of heavy metals, we only use PrimaVie® for optimal results.