How supplements work: Every person is unique

Why don't supplements always work as expected? This is a good question, asked not only by experts: you have probably also wondered about it. How is it possible that the use of a nutritional supplement has a clearly positive influence for one person, while another does not notice any difference? The short answer: many factors are involved, not in the least human biochemical individuality. 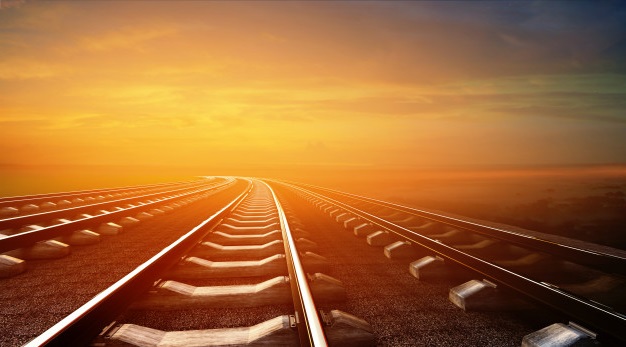 Individual differences on the inside as big as on the outside

Biochemical individuality is a concept that assumes that the nutritional status and chemical makeup of each person is as unique as a fingerprint.

It is well known, for instance, that nutritional needs differ from person to person. Just think of something as simple as a food allergy: pure peanut butter is a good source of fats and energy, yet for someone with a peanut allergy eating it can be fatal. Or how one person will feel much better after going vegan, while the carnivore diet works wonders for another’s health (and all the nuances in between).

If the nutritional needs differ from person to person, it is any wonder that the effect of nutritional supplements differs between individuals? In 1956 Dr. Roger J. Williams first talked about this in his book “Biochemical Individuality - The Key to Understanding What Shapes Your Health”. Although the book was written a long time ago, it remains relevant to this day in the quest for a balanced body. In his book, Dr. Williams details how even monozygotic twins are not biochemically identical, and how seemingly small differences in organ size alone bring about different nutritional needs between individuals.

Explorers map unknown paths, medical researchers do this for biochemical pathways. With regard to the body, these are called reaction pathways: the steps taken at the molecular level in a biochemical process. Molecular bonds are forged or broken at every step of a reaction pathway. The mapping of reaction pathways is being done for all known exogenous and endogenous substances.

Some reaction paths are simply one-way, from A to B, but some substances follow forked paths, with multiple end points. Compare it with a toll road system: enzymes are in the toll booths and determine the continuation (and final end point) of the reaction pathway for a substance. When you take a dietary supplement, it, too, can follow several reaction pathways in the body: each path has its own end point and each end point determines the effect of the supplement taken.

Take the amino acid tryptophan, for example. Tryptophan is a precursor of vitamin B3, melatonin, 5-htp and serotonin. Depending on the enzyme involved in its reaction pathway, tryptophan is converted into one of these substances. The ability to do this optimally is the result of the interaction between your gene package (genetics) and your environment (epigenetics). This means the genetic status of enzymes in your cells, but also the current state of the body. For example, air quality and nutritional status all have an influence.

If conversion is less than smooth and the reaction pathway deviates from the ideal, this is not only inefficient or ineffective, but also potentially unfavorable because undesirable by-products can form along the course of the reaction pathway. You can assist cells in the commission of the desired reaction pathways, however. Improvement of the overall state of the body contributes to this process. But also, more specifically, by finding optimal combinations of co-factors and supplements with the food you take.

Biorhythm and your metabolic mindset

Co-factors, which, for example, activate an amino acid such as tryptophan to provide a certain reaction pathway, are non-protein biochemicals such as vitamins and minerals. Vitamins and minerals are also the building blocks for coenzymes, which are necessary to bring about enzymatic reactions. A cofactor is needed for each amino acid to initiate a biochemical reaction. In case of tryptophan, vitamin B6, among other compounds, provides this service.

Involuntary biochemical processes in your body are not the only masters of how your metabolism functions. Your mindset also plays a major role. Negative effects of stress on your entire functioning are a well-known example, but there are many more. Scientific study shows fascinating results that challenge us beyond the present framework. Consider:

In addition to combining supplements with the right co-factors, the diet (the nutritional status) and especially biorhythm are very important because these create coherence in all body processes. Exercise and adequate rest/sleep for mind and body, together with the above-mentioned nutrition density, are key to health. There are of course many other important aspects—such as the intestinal flora: the better your intestines work, the better nutrients can be absorbed. You then ensure that a broad spectrum of nutrients is bioavailable so that your body can function optimally on its fuel. Applying the right fuel in the right amount is the challenge, for each individual body!

Too much of a good thing

A necessary remark to be made with replenishing nutrients entails the amount taken. Although dietary supplements are often seen as innocent additions to the daily diet, this is certainly not the truth in all cases and the motto 'the more, the better' often does not apply.

Resveratrol, for example, is a dietary supplement that is increasingly well known. What is less known is the “hormetic” effect of resveratrol. Hormesis, in brief, means that a certain substance induces a stress stimulus in your body, from which you will benefit physically through the subsequent recovery as you come out stronger. Strength training and fasting are other examples. Resveratrol has a dual hormetic effect: depending on the dose, the effect can have a positive or negative effect on the body. This so-called bi-phase response of the body can also be triggered the other way around: a certain dosage can have a negative effect on one biochemical process, but at the same time have a positive effect on another. A number of nutrients (notably including phytochemicals), with negative effects seen at certain dosages, show positive responses when other dosages are observed.

Also, when consuming foods that naturally contain certain beneficial nutrients, it is always good to consider the amount you need to take, in order to achieve a beneficial effect of the specific nutrients and its balancing out with the other properties of those nutrients. For example, you can take resveratrol through red wine, but to achieve an effective resveratrol dose you would have to drink so many bottles of red wine every day that the alcohol fully negates the benefits of the resveratrol. Balance is the magic word.

Eat as naturally as possible

While the specific nutritional needs allow for individual biochemical differences, the general rule for a solid basis is taking as many cofactors and coenzymes via diet, alongside adequate exercise and sleep. Provide enough protein, fiber, vitamins and minerals in your daily diet from sources that are as natural as possible, so that your body has the tools to make the optimal combinations between amino acids and co-factors. And when nutrition may fall short, supplements can help.

When choosing supplements, however, the same applies: source that are as natural as possible are to be preferred at all times.