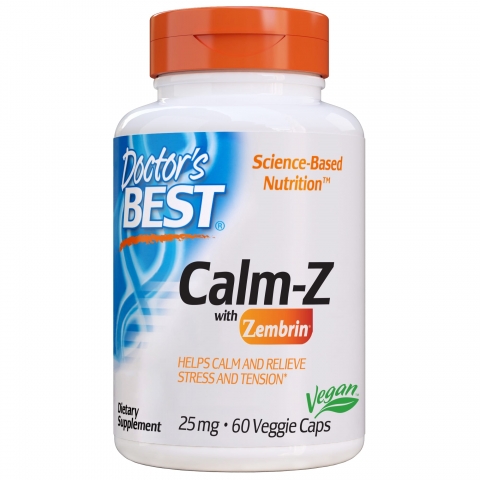 In 2009, the South African company Hg & H Pharmaceuticals Pty Ltd. obtained the first license to market and export the standardized extract of Sceletium tortuosum. The development of this specific extract under the brand name Zembrin® took over 10 years. The extract was ultimately created by a top team of international scientists and doctors. In the U.S. it enjoys GRAS (Generally Recognized As Safe) status, meaning it has been found safe as well as effective.

Sceletium tortuosum and the nervous system

Not much is known yet about possible interactions of Sceletium tortuosum and prescription medications. Be careful when using SSRIs, MAOIs, benzodiazepines, and medications for cardiovascular disease.

Doctor's Best was founded by a physician in 1990 because of his interest in the scientific basis of wholesome nutrition. The company produces over 200 high-quality nutritional supplements. All products are made from branded raw materials and are carefully tested during every step of the production process, from raw material to finished product. Production takes place on the strict basis of Current Good Manufacturing Practice Guidelines (cGMP). Doctor's Best works with nutrition scientists worldwide to find new, tested ingredients. This results in high-quality end products, developed according to the latest scientific insights.

Take 1 capsule once daily with or without food or as recommended by a healthcare practitioner. Daily dose should not exceed 25 mg. Warning: Consult your physician if you are pregnant, breastfeeding, or taking antidepressants or anxiety medications. Discontinue use 2 weeks before surgery.