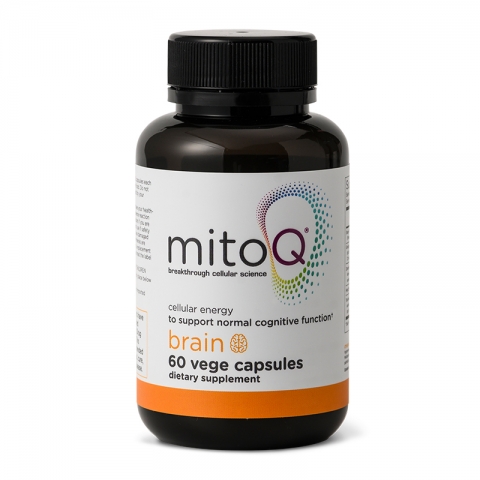 MitoQ is a revolutionary CoQ10 supplement with the patented Mitoquinol Mesylate as the main ingredient. Mitoquinol Mesylate was developed by MitoQ® based on years of research and is a shortened and positively charged version of coenzyme Q10. In this product this substance is combined with: ginkgo, to protect against free radicals* and to support the nervous system*; Sharp-PS® (phosphatidylserine); the patented Kanna extract Zembrin®; and huperzia serrata (Chinese club moss), which is beneficial for mental balance*.

In 2009, the South African company HG&H Pharmaceuticals Ltd was the first worldwide to obtain a license for marketing and exporting the standardized extract of Sceletium tortuosum. The development of this specific extract, under the brand name Zembrin®, took over a decade involving a team of international scientists and doctors. It has GRAS (Generally Recognized As Safe) status in the U.S., meaning it has been found safe.

Take 2 capsules each morning with water 30 minutes before breakfast.