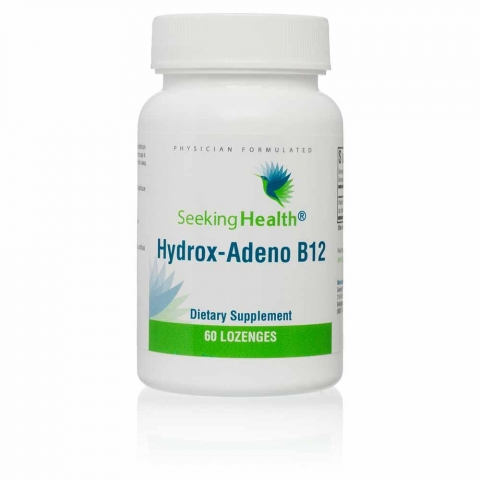 Hydrox-Adeno B12 by Seeking Health

The importance of vitamin B12

Vitamin B12 is a vitamin receiving more and more due attention. Many people are wondering if they might have a deficiency of this vitamin, especially those who eat little or no animal foods including vegetarians and vegans because the vitamin naturally occurs only in animal products. Vitamin B12 plays important roles in our body. It contributes to the normal formation of red blood cells and to normal psychological functioning. In addition, it promotes energy metabolism, helps fight fatigue, benefits the nervous system and plays a role in the cell division process. Seeking Health’s handy lozenges are suitable for both vegetarians and vegans and are free from the most common allergens.