By: Empirical Labs
Be the first to review this product
Skip to the end of the images gallery 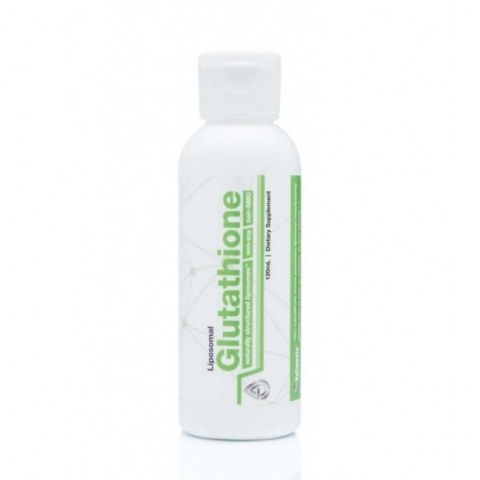 With aging and given certain life style factors, the amount of glutathione within the body slowly decreases. Liposomal glutathione helps to replenish the glutathione stock, by supplying the body of readymade reduced glutathione.

Glutathione is a molecule with a simple structure but amazingly, it is the topic of more than 76,000 studies. As the body's most powerful endogenous antioxidant, the importance of its optimal levels is no longer a matter of controversy.

The format of the molecule is quite simple. Its building blocks consist of the aminoacids cysteine, glycine and glutamine. The strength of glutathione is in the sulfur groups it contains. Sulfur is a "sticky" molecule with a typical odor and acts more or less like flypaper to which "bad" things stick; think, for example, of free radicals.

Glutathione was discovered in 1888 by J. de Rey Pailhade. Fortunately it was realized shortly after the discovery how important and interesting this small tri-peptide molecule was. Glutathione soon became associated with the "origin of life". Nobel Prize laureate Sir Frederick Gowland Hopkins, affiliated with Cambridge University (United Kingdom), also played an important role in the early study of this molecule and the coinage of its name.

In the body there is a constant recycling and use of glutathione. The liver occupies a central role in this process. Endogenous production of glutathione takes place within all body cells and the elementary fabrics for this purpose are three amino acids. Cells are the building blocks of living beings; the human body consists of more than 300 trillion cells. Since it is a fact that the synthesis of glutathione occurs in every cell the important role that this molecule is immediately obvious. Glutathione is also known as the main antioxidant produced by the body itself.

Unfortunately, glutathione as a dietary supplement is not absorbed well, because the cells of the digestive system use glutathione directly, but also because the acidic environment breaks down the glutathione molecule into elementary components. Circumventing this problem is fairly simple when making use of microencapsulation with liposomes.

The central nervous system has a blood-brain barrier and a blood-cerebrospinal fluid barrier. Both barriers are high specialized structures. The role of these barriers is to separate substances that circulate in the blood from the neurons.

Both of these obstacles allow selective passage of nutrients and minerals, and at the same time either allow or restrict/block the entry of other substances, such as some drugs and supplements.

Although the blood-brain barrier and the blood-cerebrospinal fluid barrier do not allow all substances that appear  in the blood to pass, nutrients that are important for brain functions are partially permeable. A liposomal delivery system ensures that the permeability of active ingredients in the brain is enhanced.

Liposomes are circular, hollow structures that are very similar to cells and consist of a simple or multiple-layer lipid membrane. The lipid components of liposomes consist mainly of phosphatidylcholine extracted from natural raw materials such as soybean, sunflower or egg lecithin.

Liposomes are currently very much in the spotlight as targeted and effective transport systems for bioactive substances. The unique property of liposomes to enclose active ingredients in both the aqueous and the lipid phase make them attractive as a delivery system for hydrophilic and hydrophobic active agents.

The tiny hollow spheres provide a stable, molecular-level way of encapsulation. The inside is composed of the active ingredient and an outer layer of the phospholipids forming the capsule wall.