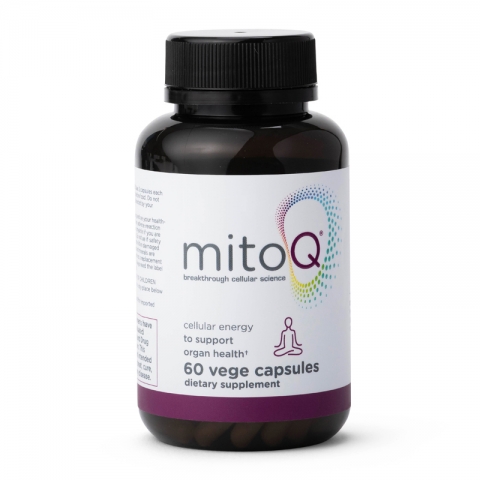 MitoQ - Mitoquinol Mesylaat
Skip to the beginning of the images gallery

MitoQ is a revolutionary CoQ10 supplement developed according to the latest scientific insights. This product contains 10 mg of the patented Mitoquinol Mesylate per dose. Mitoquinol Mesylate was developed by MitoQ® based on years of research. It is a shortened and positively charged version of coenzyme Q10. The unique properties allow the effective dose of MitoQ® to be reduced to one tenth.

Based in New Zealand, MitoQ® is engaged in the development and introduction of MitoQ®, a patented molecule researched for over a decade. The secret and success of MitoQ lie in the compound’s unique adaptation and optimal development in accordance with the latest scientific insights. It is the first molecule in the world featuring this adaptation, which aims to deliver the most active form of coenzyme Q10. MitoQ, or mitoquinol, was discovered by scientists who were looking for substances that affect mitochondria. The product is patented: it can only be obtained through MitoQ® Limited. MitoQ® is a small, passionate team operating all over the world out of New Zealand. In addition to various MitoQ formulations in capsule form, MitoQ has also developed a series of creams.