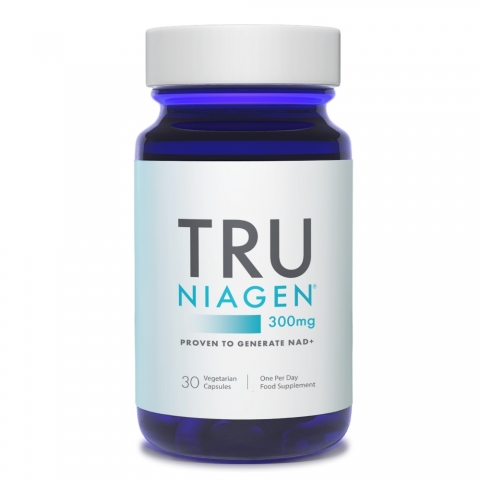 Nicotinamide riboside is a new generation of vitamin B3 (niacin or nicotinic acid) . Nicotinamide riboside is a water-soluble vitamin (B3) that plays a role in over 200 biochemical reactions throughout the body. It is the beneficiary of several health claims. For example, it promotes energy production, contributes to the proper functioning of the nervous system and normal psychological functioning. Vitamin B3 is also important for the metabolism of fats, carbohydrates and proteins into energy.

That nicotinamide riboside, perhaps the most interesting form of vitamin B3, affects the energy metabolism in our cells was discovered in 2004 by Dr. Charles Brenner, the head of scientific consultancy at Tru Niagen company. Robust energy metabolism is an important factor in vital aging, observed Brenner. Under Dr. Brenner's patent nicotinamide riboside was developed as Niagen®, using established techniques from Tru Niagen's parent company, ChromaDex.

Take 1 capsule per day or as recommended by a healthcare practitioner.