By: Pure Advantage
Be the first to review this product
Skip to the end of the images gallery 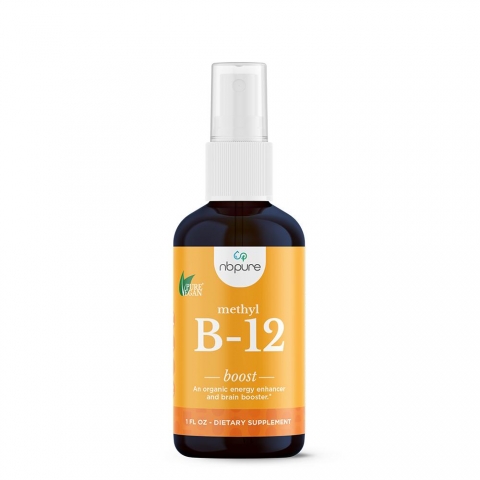 Vitamin B12 Methylcobalamin
Skip to the beginning of the images gallery

Pure Advantage B12 spray contains the bio-active coenzyme form of vitamin B12, known as methylcobalamin or methyl B12. Methylcobalamin has many advantages over alternative forms of B12. Its immediate bio-availability and -efficacy often renders it a preferred choice.

To boost absorption even more, Pure Advantage has incorporated its methylcobalamin in a spray allowing vitamin B12 to be absorbed into the bloodstream directly through the oral mucous membranes. It is known that sprays activate the mouth’s mucous membranes better than do capsules, tablets, drops or lozenges. With oral administration of vitamin B12 tablets or capsules, effectiveness is often suboptimal because absorption in the digestive tract depends on gastric acid production and intrinsic factor (among other contingencies).

Vitamin B12 is one of the most popular forms in the vitamin B group. Unfortunately, however, most supplements contain cyanocabalamine, not methylcobalamin.

Vitamin B12 Spray contributes to:

Intake is not absorption

Vitamin B12 absorption in the body is quite complex and proceeds through multiple steps. At each step in the absorption process, disruptions may occur. Of the various forms of vitamin B12 methylcobalamin is the most superior, followed by hydroxycobalamin, and finally cyanocobalamin. Most (certainly most low-cost) multivitamin formulations notably contain only cyanocobalamin.

Methylcobalamine ranks first because it can avoid bottlenecks in the complex B12 absorption pathway. In addition to vitamin B12 (cobalamin), methylcobalamin also provides a "methyl" compound which is recycled in other important body processes.

In supplementing methylcobalamin, absorption through the oral mucosa is preferred as this is the most efficient and fastest way.

Vitamin B12 in food

Vitamin B12, also known as cobalamin, is the only vitamin containing a trace element, which is cobalt. Cobalamin is produced in the digestive system of animals, and is the only vitamin which cannot be extracted from plants or sunlight. Good animal sources of vitamin B12 include liver, oysters, mussels, fish, beef, lamb, cheese and eggs.

Vitamin B12 Spray contributes to:

More Information
Product Name
Vitamin B12 Methylcobalamin
SKU
PA-06
Brand
Pure Advantage
Content
30 ml
User Instructions
Shake well before use. Spray 1 dose in the mouth and keep the liquid for about 30 seconds in your mouth. Then swallow the liquid.
Ingredients per Serving
500 mcg B12 as methylcobalamin*. * 8333% of Recommended Daily Allowance.
EU Norm
*RDA = Recommended Daily Allowance
Other Ingredients
Filtered water, vegetable glycerin, potassium sorbate.
Allergens
None
Instructions
Storage: see label. Keep out of the reach of children. Consult an expert before use in case of pregnancy, breastfeeding, illness or medication.
Write Your Own Review