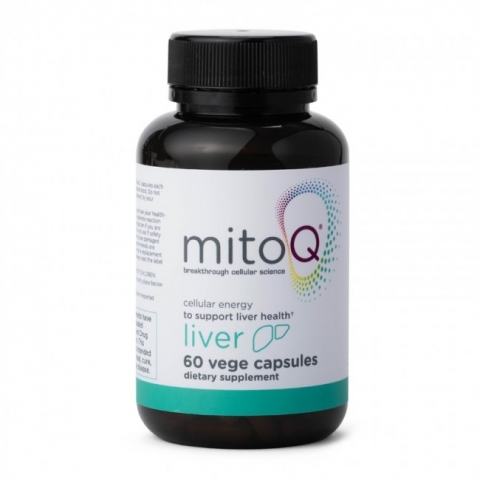 MitoQ is a revolutionary CoQ10 supplement with the patented Mitoquinol Mesylate as the main ingredient. Mitoquinol Mesylate was developed by MitoQ® based on years of research and is a shortened and positively charged version of coenzyme Q10. In this product this substance is combined with selenium, an antioxidant that protects against free radicals and supports the immune system; choline, which has a positive effect on the liver; and the patented milk thistle extract Siliphos®, which supports the liver’s cleansing functions* . This complex’s combining of milk thistle and phospholipids ensures greater bioavailability.

Based in New Zealand, MitoQ® is engaged in the development and introduction of MitoQ®, a patented molecule researched for over a decade. The secret and success of MitoQ lie in the compound’s unique adaptation and optimal development in accordance with the latest scientific insights. It is the first molecule in the world featuring this adaptation, which aims to deliver the most active form of coenzyme Q10. MitoQ, or mitoquinol, was discovered by scientists who were looking for substances that affect mitochondria. The product is patented: it can only be obtained through MitoQ® Limited. MitoQ® is a small, passionate team operating all over the world out of New Zealand. In addition to various MitoQ formulations in capsule form, MitoQ has also developed a series of creams.